A downloadable game for Windows

But through this simple game, we've forged a connection.

And through our time together, two things are for certain:

Use ears to listen to music.

Run executable to start the game.

Windows only. For now.

i cant play your game there's no controls i'm oblivious as to what to do yes i know how to play chess but it says press n to go to the next scene or whatever and its like i'm skipping the whole game i don't understand , plus i'm playing chess with myself i'm confused, a little insight would help. Thanks again.

Hey nukeemninja, we have some bugs to sort out from the Game Jam rush. The biggest being the one you're having where the Chess AI does not start properly on some computers. As for controls, you can click on the piece to move and then click on the space you want to move to. (We have code for the movable spaces to glow but it wasn't finished in time for the game jam build.)

We're trying to figure out the bugs and plan to update the game over this next weekend. Hopefully, check it out again after then.

And thanks again for playing!

Afraid I'm getting this issue too - Will you be making a note on this page when it's fixed? Looking forward to trying your game.

Thanks for reporting your problem to us! And yes, we'll post on the page when the bugs have been fixed and a new build is up. 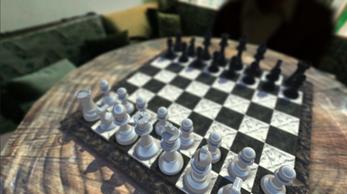 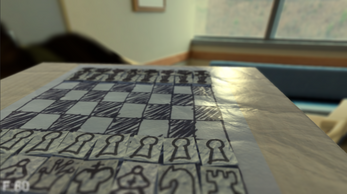